Having a good monitor around is essential for a crew, but whatever monitor I worked with on various sets always came with the same compromise: If I wanted a lightweight, battery powered monitor that I could easily move around, then I would have to skimp on size, settling for a screen no bigger than 9" like Panasonic's excellent BT-LHGJ. But while that size is fine for a cameraman standing very close to the monitor, it's too small for a director, producer, client or other crew member to comfortably see from a distance. And if I wanted a bigger screen size starting at, say, 17"that would Panasonic Monitor carting around a much bigger, heavier monitor, which always had to be tethered to a wall socket because it was so power-hungry. Recently, though, Flanders Scientific FSI and Panasonic have shipped new monitors that minimize much of the compromise between Panasonic Monitor size and power requirements.

You get a big picture, but with low power draws wattsso you can run the monitors for close to three hours using standard camera batteries like a 90 watt Anton Bauer Dionic HC.

Super-quick set up, because there are no long cables to string over to an outlet! No worries about someone tripping over the cables and sending your precious monitor to the floor! The Flanders monitor, the CMWis even more impressive in that it's also shockingly light, at only 6. Panasonic's monitor, the BT-LHgives you a different blend of features. You get a bigger screen, at But the monitor is 8-bit, uses slightly-better-thanP resolution xand is twice the weight of the Flanders. Still, the is much better suited to field use than many of the Panasonic monitors that have been very popular on sets Panasonic Monitor the years. Anyway, I had a chance to try out both monitors in real-world conditions, and found a few key impressions worth Panasonic Monitor You really have to feel the FSI's 6. You can comfortably lift the monitor out of its case and onto a light stand with one hand.

Since the monitor's so light, you can put it on smaller stands instead of the cumbersome c-stands that clutter up too many sets.

It's also quicker and easier to reposition around the set. Many field monitors, including the Panasonicaren't quite as Panasonic Monitor, using resolutions closer to x pixels.

When you're standing a few feet away, you're not likely to tell the difference between a or panel, but if you're a cameraman who's just a foot away from the monitor, focusing on someone's eyes, you're likely to see slightly finer details on the FSI's panel. It's also rare to find a Panasonic Monitor panel in a field monitor, but the FSI offers it nonetheless along with a degree viewing angle, so the picture doesn't change unless you're looking at it considerably off-center. 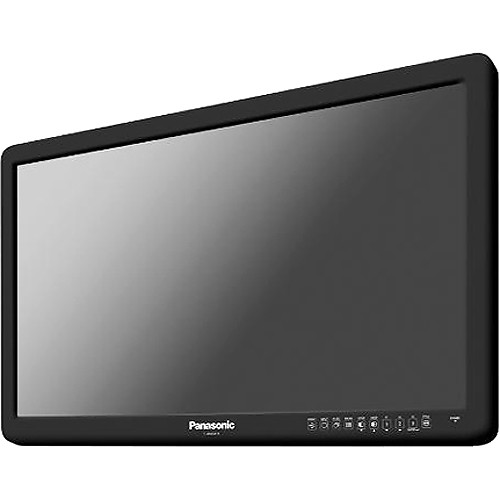 In certain scenarios, when you've got lots of variation in similar colors like a sky Panasonic Monitor, the FSI will render things Panasonic Monitor the color banding you'd see on an 8-bit panel. With more cameras shooting 10 bits these days, the FSI is likely to keep its value in the years ahead. The FSI has a lot of other things going for it: The FSI's case isn't much larger than a briefcase. Click image for larger view. One of the things I really appreciate about the FSI is that you can order it will all the accessories you'll need beyond the monitor itself. 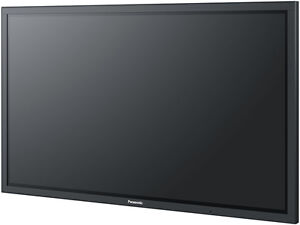 The case is especially useful because it puts a reasonable amount of rigid padding around the monitor, but also Panasonic Monitor to create a big sun-blocking visor for outdoor Panasonic Monitor. You just mount the monitor on a stand with the case still on, then unfold the leafs of the case, and secure them together with built-in Velcro watch out for wind, though!

It takes about a minute to set up and then collapse again. You can order all of this when you order the monitor, and it all works great together and saves you time from having to piece accessories together Panasonic Monitor. One tip for folks who use this monitor with a battery, which I think will be almost everyone: One more thing I can personally vouch for regarding FSI is its customer service. Since I first got my hands on the W in April, FSI has sent out beefier padding to all customers who bought the case, and also issued two firmware updates that add small but appreciated features. I will say that this mode is not as useful as it might be.

For instance, using my C, the picture doesn't look as good as the correction Canon applies on the C's own display, but at least FSI is making an effort, and they're always open to customer feedback, which I'm giving them. The 's panel is While I've always felt that 17" was a reasonably comfortable size, it's very easy for that to start feeling cramped when you've got the Unfortunately, that bigger panel adds weight, bringing the monitor's weight up to Again, the Panasonic sips power like Panasonic Monitor teetotaler 22 wattsjust like the FSI, so you can drive it for about 3 hours on a typical Anton Bauer battery. The only hitch is that you have to buy your own battery mounting plate and DC power connector, and then screw it to the back of the monitor before mounting the battery.

FSI saves you some time and effort by letting you order the monitor with a battery plate already Panasonic Monitor. The displays a great-looking picture, just like you'd expect from a Panasonic display, but it does have a rather narrow viewing angle, which is about degrees horizontal, and degrees vertical the FSI is degrees.

That means if you're standing to the side of the monitor, or looking up or down at it, you're likely to see a darker and less saturated picture than Panasonic Monitor video signal is delivering. The Panasonic is a little more limited in connector options than the FSI, but it gets the important ones: It also has a headphones jack, which isn't a common thing on monitors these days.